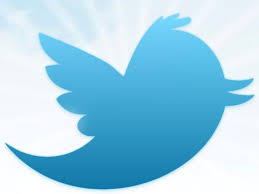 Twitter’s API is very well documented and has a lot of useful functionality. It’s especially useful for journalists who want to search Twitter for a term and either show or parse the results.Twitter bases its application programming interface (API) off the RepresentationalStateTransfer (REST) architecture. REST architecture refers to a collection of network design principles that define resources and ways to address and access data. The architecture is a design philosophy, not a set of blueprints — there’s no single prescribed arrangement of computers, servers and cables. For Twitter, a REST architecture in part means that the service works with most Web syndication formats.

An application gathers information from one source and sends it out to various destinations. There are a few syndication formats used on the Web. Twitter is compatible with two of them — Really Simple Syndication (RSS) and Atom Syndication Format (Atom). Both formats retrieve data from one resource and send it to another.

Both Web syndication formats compatible with Twitter consist of a few lines of code. A Web page administrator can embed it into the code of his or her site. Visitors can subscribe to the syndication service — called a feed — and receive an update every time the administrator updates the Web page. Twitter uses this feature to allow members to post messages to a network of other Twitter members. In effect, Twitter members subscribe to other members’ feeds.

At Future profilez,we not only build stunning websites based around your business needs and target audience, also provide Online Marketing services to grow your business.Get in touch with us and let Future profilez be your Web Development Company. Our team have expertise in all API’s.

Free Fax to Email
view all

They always seemed to be three steps ahead of me, with patience, diligence and excellent punctuality. One of the best decisions of my career was to go with Future Profilez.