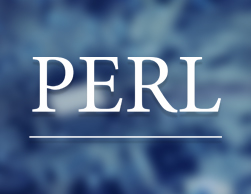 Perl is a script programming language that is related in syntax to the C language and that includes a number of popular UNIX facilities such as sed, awk, and tr. Perl is an explained language that can optionally be compiled just before execution into either C code or cross-platform bytecode. When compiled, a Perl program is almost as fast as a fully precompiled C language program. Perl is regarded as a good choice for developing common gateway interface (CGI) programs because it has good text manipulation facilities (although it also handles binary files). It was created by Larry Wall.

Perl 5 is a highly capable, feature-rich programming language with over 29 years of development. Perl 5 runs on over 100 platforms from portables to mainframes and is suitable for both rapid prototyping and large scale development projects.
“Perl” is a family of languages, “Perl 6” is part of the family, but it is a isolated language which has its own development team. Its survival has no significant effect on the continuing development of “Perl 5”.

Perl takes the best features from other languages, such as C, awk, sed, sh, and BASIC, among others.

We have been working with future Profilez for two years. They are first-rate and high level web development agency. We worked with Future Profilez on re-organizing our Gift Basket Online shop. Working remotely was smooth and reliable. We always appreciate their professional works. Especially response times and patience of the new requests.