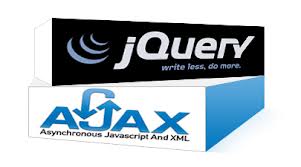 jQuery is a fast, small, and feature-rich JavaScript library. It makes things like HTML document traversal and manipulation, event handling, animation, and Ajax much simpler with an easy-to-use API that works across a multitude of browsers. It is the perfect tool to make web applications more dynamic by exchanging JSON between server and client.JSON itself is a very lightweight transport format, very similar to how Python primitives (numbers, strings, dicts and lists) look like which is widely supported and very easy to parse. It became popular a few years ago and quickly replaced XML as transport format in web applications.

One of the major and most important benefits of using jQuery versus other JavaScript libraries or interactive applications is that it does not take away from the visibility of web page content from the search engines. The problem with other applications (such as Flash), is that your content is lost if JavaScript is turned off in the user’s browser. Even though some of these other applications are getting better at being picked up by the search engines, they’re still not able to compete with the functionality of jQuery. jQuery is also very small, clean code that won’t bog down the loading time of web pages like Flash and other applications do.

AJAX stands for asynchronous JavaScript and XML. If you see another term XHR, which is shorthand for XML HTTP request, it’s the same thing. AJAX is not rocket science.

Future Profile’s experience team offers offshore jquery&Ajax development services in 90+ countries. We combine both creativity and imagination to render the 100% user-friendly and interactive web applications and web solutions. The team of our 350+ skilled developers are capable of handling jQuery&Ajax programming and development services, covering all needs of global clients.

The key to AJAX’s concept is “asynchronous”. This means something happens to the page after it’s loaded. Traditionally, when a page is loaded, the content remains the same until the user leaves the page. With AJAX, JavaScript grabs new content from the server and makes changes to the current page. This all happena within the lifetime of the page, no refresh or redirection is needed.

Ajax requests are triggered by JavaScript code; your code sends a request to a URL, and when it receives a response, a callback function can be triggered to handle the response. Because the request is asynchronous, the rest of your code continues to execute while the request is being processed, so it’s imperative that a callback be used to handle the response.

They really took on our project as it was their own and they pulled through to the finish line. We are very happy with the website and have received some great comments about it.